So yesterday we had a small get-together at my place, which gave me the opportunity to try something I’d been meaning to do for a while: build my own retroscope.

The idea is pretty simple: have a webcam record bits and pieces of a social event, then play them back on-the-spot a few minutes/hours later. I first heard about the concept from reading Nat Friedman’s blog entry from 2005 — if you read that, you see that he just hooked up a video camera to his TiVo. 7 years in the future, laptop webcams are ubiquitous and we have the awesome HTML5 tag, so I figured it would be easy to knock up something interesting in short order with zero custom hardware.

Having only remembered that I wanted to do this about 30 minutes before people were scheduled to start arriving, I didn’t have much time to do anything really perfect. I settled on using this little snippet from stackoverflow to generate short (5 second) movies on my laptop, then used scp to copy them over and display a montage of them in an auto-refreshing webpage on my “television” (which is a Mac-Mini connected to a large computer monitor). Despite being a total hack job, the end result generated much amusement. I think this is a bit different from what Nat originally did (it sounds from his blog like his retroscope played back longer segments), but I think the end result is actually a bit more fun. 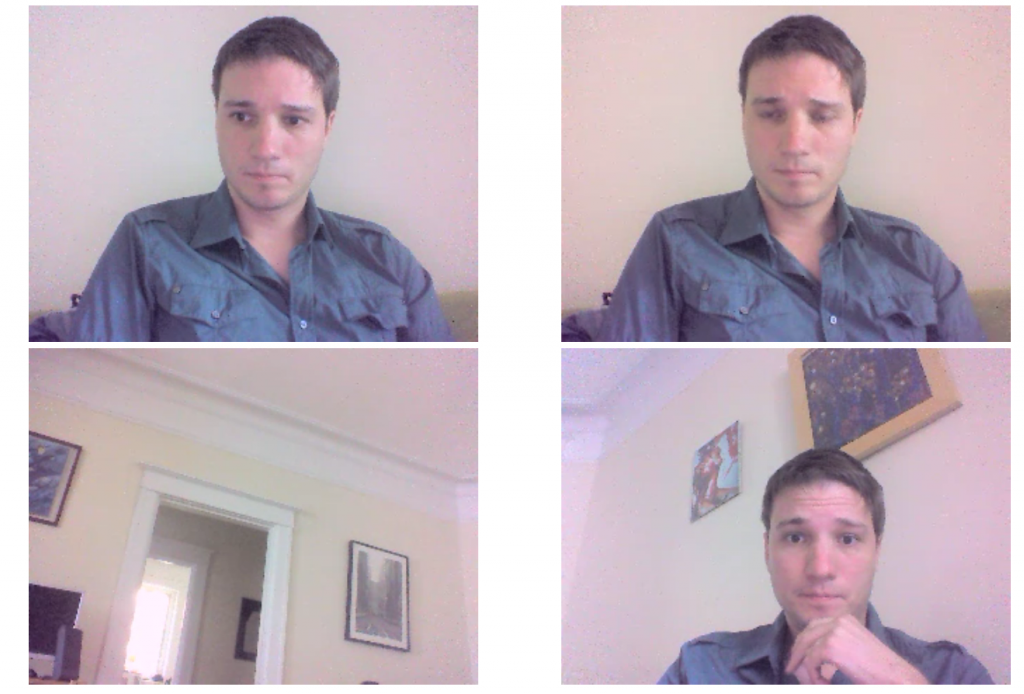 Perhaps unfortunately, but probably ultimately for the best, only a few snippets from the actual night got stored away. One example is this gem:

(yes, that handsome fellow with the Pernot is me)

I thought it might be fun to release the slightly-cleaned up results of this experiment as opensource for others to play with, so I created a small project for it on github. Unlike the original version, no complicated scp scheme is required — I just reused Joel Maher’s most excellent mozhttpd library from mozbase to run a web server in the same process as the capture logic. All you need to do is run the server on a Linux machine with a webcam and connect to it with a web browser from any other machine on your local network.