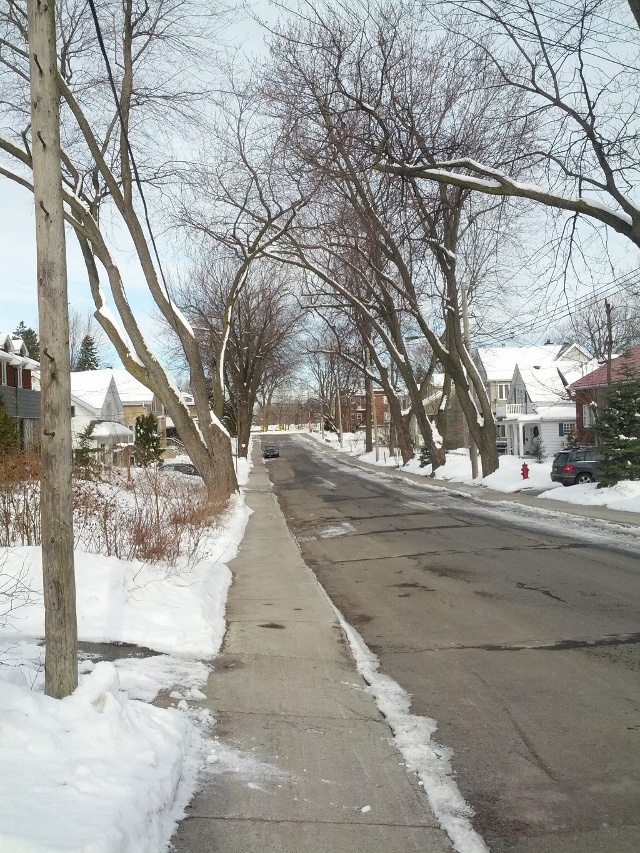 So for a bit of a departure from the usual technical content, a personal anecdote. I went to the Montreal Zen Center today for a workshop, which was a most illuminating experience. I’d been pretty fascinated with the idea of zen for a while (see this post of mine from 2006, for example) but was pretty stuck on how to put it into practice (aside from being sure it was something you had to live). So, this was a step in that direction. After having gone to it, I wouldn’t say I’ve figured anything out (in fact I’m more confused than ever), but I would say one thing with conviction: this is the way to learn more.

It was pretty simple stuff: exactly how they describe on the web page I linked to. A short verbal introduction on some of the ideas of zen, then a tea break, then instruction on how to begin practising meditation, another tea break (this time with biscuits), then actually practising meditation, then question & answer about the meditation. It doesn’t really sound like much, and it wasn’t. But nonetheless I can’t stop thinking about the experience.

As far as I can gather, the “revelation” offered by Zen Buddhism is simple: our existence as separate, unique beings is an illusion of the mind. This illusion makes us suffer. However, it is possible with practice to overcome this illusion and realize your true nature as being one with the world. I’m probably butchering it a little bit by writing about it in this way, to a certain extent that’s me, but in another way it’s rather unavoidable since in a way the concepts are beyond words (since words imply a dualism). Regardless, the important thing isn’t to grasp zen intellectually, but to come to a natural understanding through the practice of meditation (aka “the practice”).

And on that note, the meditation is austere and almost certainly less than you’d expect. There is no prayer and very little ritual. Just a very minimal breath counting exercise conducted in a seated posture for 20 minutes, followed by a short walking exercise that lasts 5 minutes, then repeating the breath counting exercise for another 20 minutes. For its utter simplicity, I found it incredibly difficult. I imagine like anything with weeks, months, years of practice it (and the variations of it that experienced practitioners use where they meditate on koans) it would become easier.

I’m still giving thought on whether I want to take the next steps with them and begin a regular meditation practice. It sounds like really hard work (self meditation practice 6 days a week by yourself, plus regular visits to the zen center), which brings up the question: why do you want to do this? There’s a weird contradiction between realizing that you as a self don’t really exist and committing yourself radically to this kind of practice. The only thing I can call it would be a “leap of faith”. My current thinking is that I’m not quite ready for that right now, but maybe in a while. For now I think I’m pretty happy going to yoga a few times a week and living my sham of a human existence. 😉