I was kind of appalled today to see this: 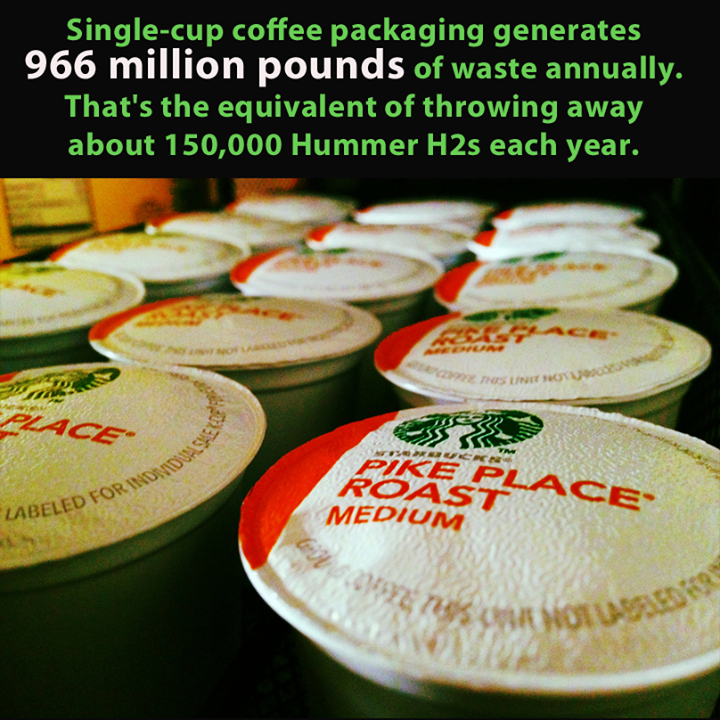 1932 cups. Hmm, still seems big. That’s more than 5 cups a day. But if we say 30 million people are drinking this stuff, we rapidly get to the zone of plausibility.

People, it doesn’t have to be this way. You can have way better coffee that produces zero waste for only marginally more effort. Allow me to present the Will method of coffee production. First off, you use this thing: 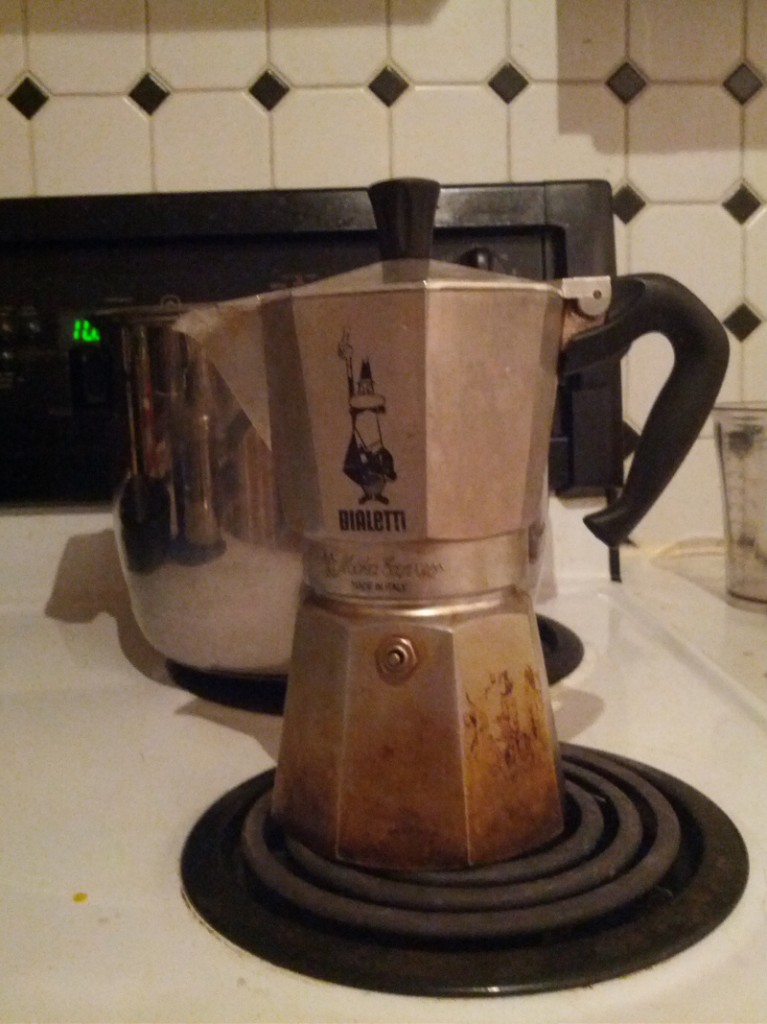 I have tried alternatives: french presses, filter coffee, “cowboy” percolators, even “professional” espresso makers. I maintain that the Bialetti filter produces the best cup of coffee: one full cup of espresso goodness. Not too strong, not too weak. Just perfect. Add some milk and you have an amazing café au lait. Of course, part of getting the best cup is using the right beans. If you’re brewing at home, you can afford to go a little fancy. Here’s what I’m currently using: 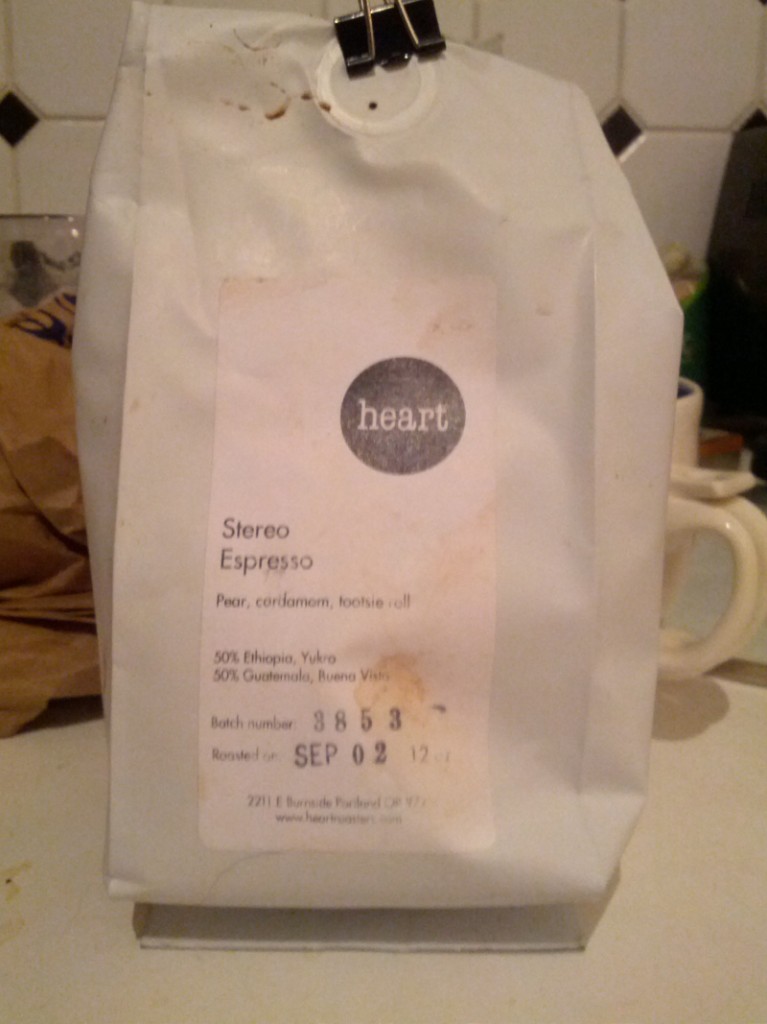 Yep, that’s right. A slice of Portlandia. Got this bag of espresso from Cafe Myriad, a rather upscale coffee joint. I think it was 15 dollars. A small bag like this is good for 30 cups or so. A keurig k-pack is $17.45 for 24. I’d say I’m still ahead. If you’re on a tighter budget you can get fair trade beans for cheaper ($10 a pound?) from Santropol in Montréal. Or whatever. Even generic stuff is probably fine (though I encourage fair trade if you can possibly afford it).

And what do I do with the waste? The only waste product of the Bialetti filter is coffee grinds. If I happened to live in a borough of Montréal with composting, I could dump it there. Unfortunately I don’t (if you live in NDG, please vote for these people in the upcoming municipal election; municipal composting is part of their platform, amongst other awesomeness) so I have a vermicompost. My morning ritual is dump yesterday’s coffee grinds into this bin: 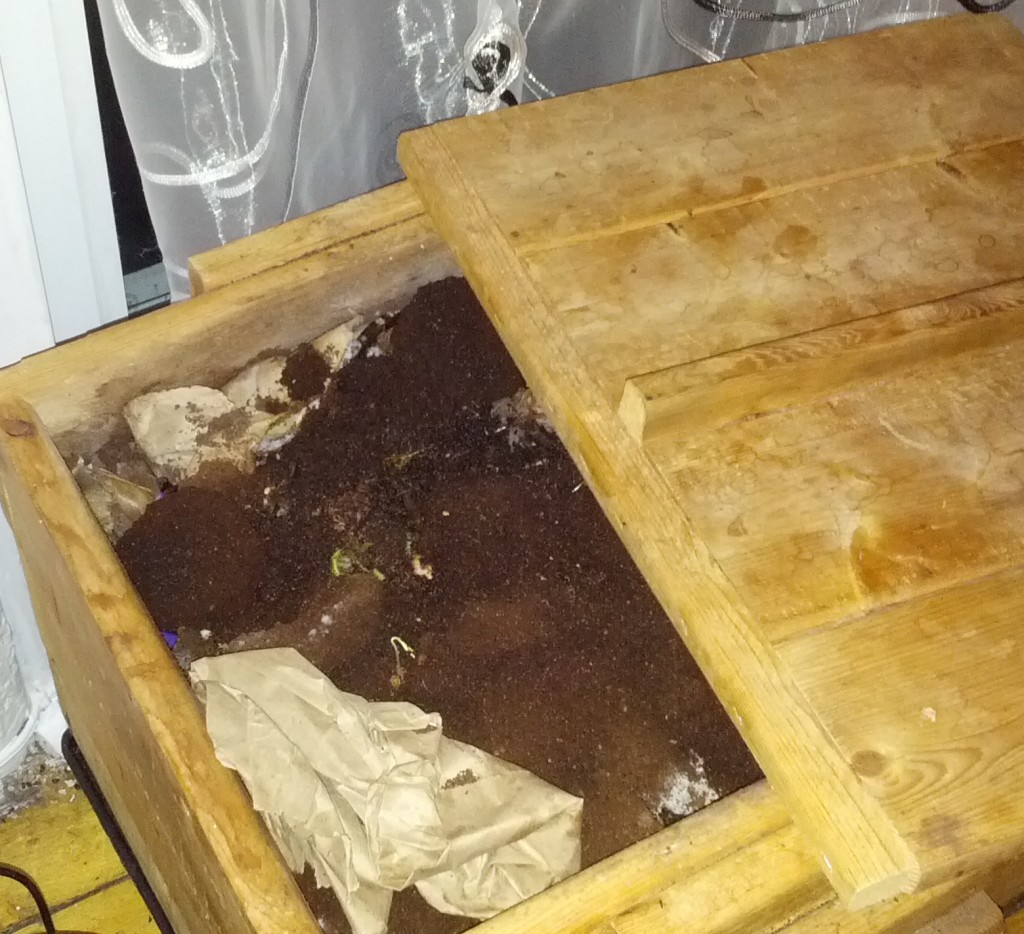 … and then my numerous worms do the work of turning it into beautiful soil which I use in my balcony garden to grow tomotatos, kale, swiss chard, basil, and oregano.

What I want to emphasize most of all is that my ritual takes very little time. Scraping out and cleaning my Bialetti in the worm compost bin takes around minute. Refilling it with water and coffee takes maybe 30 seconds. Yes, once a year I have to take the worm trailings out of my vermicompost bin. That takes longer (maybe 30 minutes to an hour) but it’s a once a year thing and you avoid having to go to the store to buy fertilizer. Less waste. Way better coffee. Only a marginally more time spent. To me, this is a no-brainer.