Some quick updates on where Irydium is at, roughly a week-and-a-half before my mini-sabbatical at the Recurse Centre ends.

I’d been admiring JupyterBook from afar for some time: their project philosophy appealed to me greatly. In particular, the MyST extensions to markdown seemed like a natural fit for this project and a natural point of collaboration and cross-pollination. A couple of weeks ago, I finally got in touch with some people working on that project, which prompted a few small efforts: 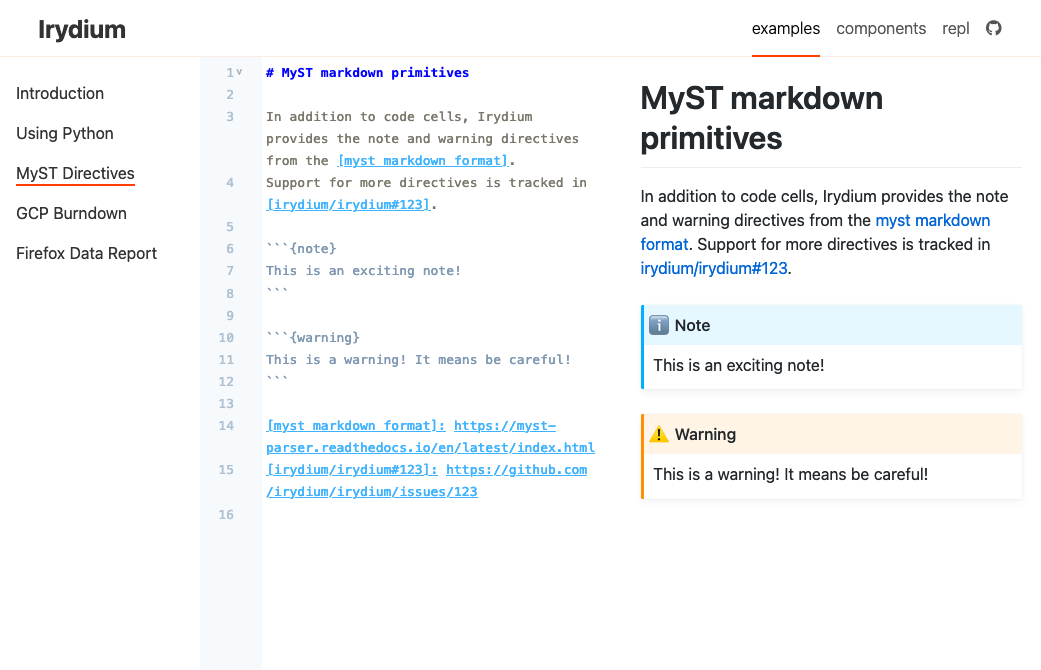 I’ve become convinced that building on top of MyST is right for both Irydium and the larger community. Increasing Irydium’s support for MyST is tracked in irydium/irydium#123.

I’ve been spending a fair bit of time thinking of how to ma ke it easier for people to build Irydium documents through composition of existing documents. Landed the first pieces of this. The first is the ability to “import” a code chunk from another irydium document. There’s a few examples of this in the new components section of irydium.dev: 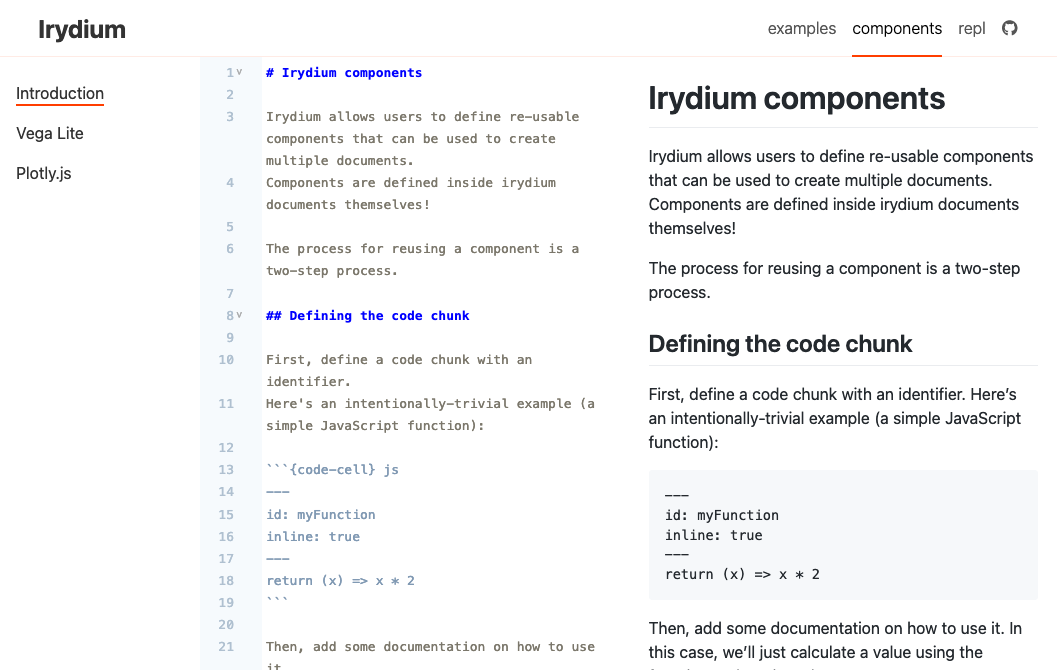 In a sense this allows you to define a reusable piece of code along with both documentation and usage examples. I think this concept will be particularly useful for supporting language plugins (which I will write about in an upcoming post).

I spent a bit of time last week doing some community gardening. I still consider Irydium an “experiment” but I’d like to at least open up the possibility of it being something larger. To help make that happen, I started working on some basic project governance pieces, namely:

There’s not a ton of time left at RC, so some of these things may have to be done in my spare time after the batch ends. That said, here’s my near-term roadmap: