Just wanted to give an update on where Eideticker is at the end of Q2 2014. The big news is that we’ve started to run startup tests against the Flame, the results of which are starting to appear on the dashboard: 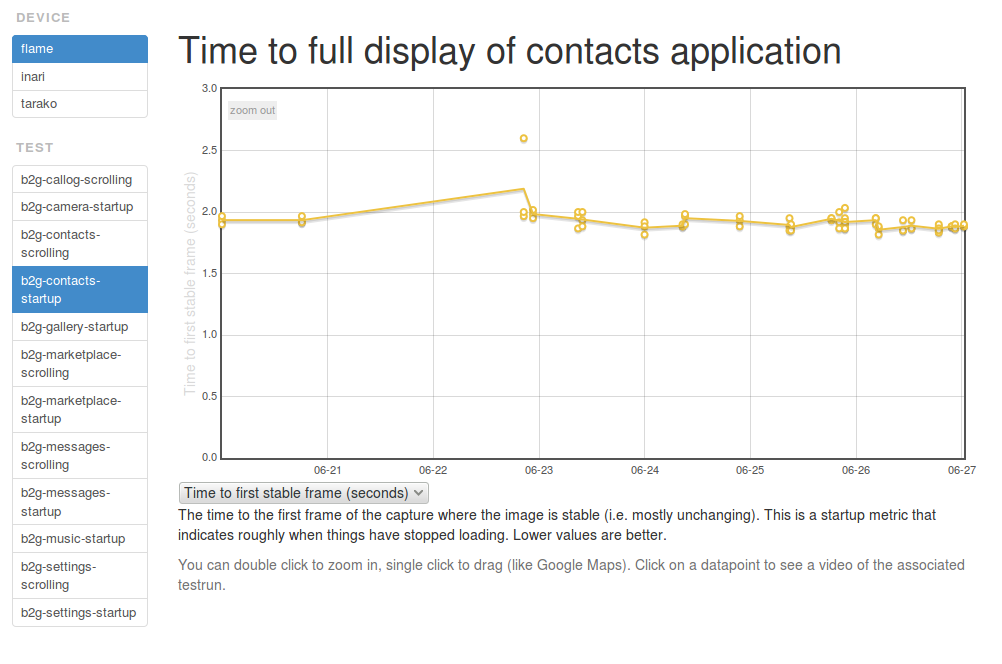 It is expected that these tests will provide a useful complement to the existing startup tests we’re running with b2gperf, in particular answering the “is this regression real?” question.

The above isn’t an exhaustive list: there’s much more that we have in mind for the future that’s not yet scheduled or defined well (e.g. get Eideticker reporting to Treeherder’s new performance module). If you have any questions or feedback on anything outlined above I’d love to hear it!