Approaching my 10-year moz-iversary in July, I’ve decided it’s time to take a bit of a mini-sabbatical: I’ll be out (and trying as hard as possible not to check bugmail) from Friday, June 25th until August 9th. During this time, I’ll be doing a batch at the Recurse Centre (something like a writer’s retreat for programmers), exploring some of my interests around data visualization and analysis that don’t quite fit into my role as a Data Engineer here at Mozilla.

In particular, I’m planning to work a bunch on a project tentatively called “Irydium”, which pursues some of the ideas I sketched out last year in my Iodide retrospective and a few more besides. I’ve been steadily working on it in my off hours, but it’s become clear that some of the things I want to pursue would benefit from more dedicated attention and the broader perspective that I’m hoping the Recurse community will be able to provide. 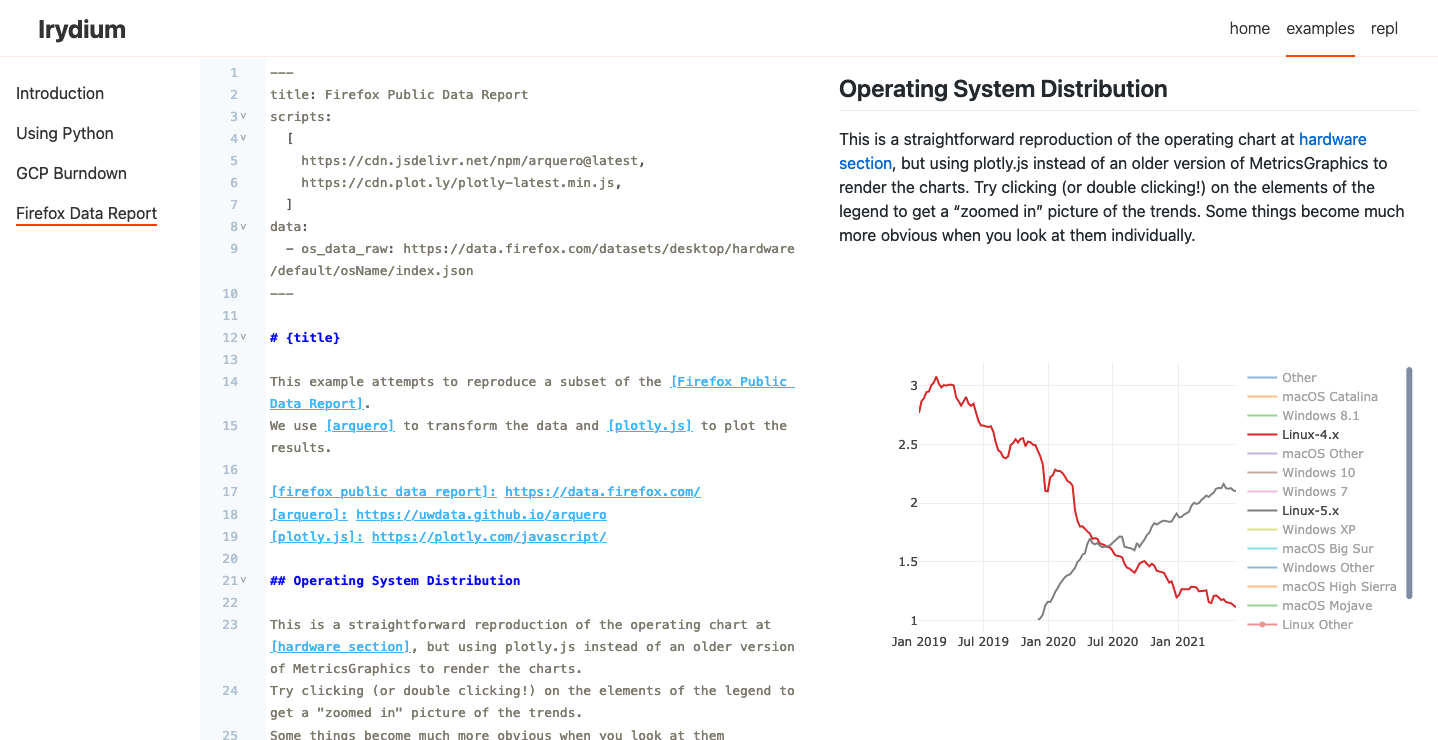 I had meant to write up a proper blog post to announce the project before I left, but it looks like I’m pretty much out of time. Instead, I’ll just offer up the examples on the newly-minted irydium.dev and invite people to contact me if any of the ideas on the site sounds interesting. I’m hoping to blog a whole bunch while I’m there, but probably not under the Mozilla tag. Feel free to add wrla.ch to your RSS feed if you want to follow what I’m up to!