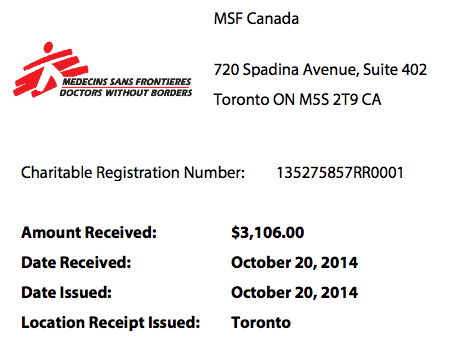 I’ve been appalled at the (lack of) response to the Ebola epidemic in Africa. We’re talking about a deadly disease which could infect more than a million people by January 2015 and explode out of control but the response from our governments has been pitiful, ranging from “inadequate” in the case of the United States to “pretty much nothing” from Canada.

Closer to home, my friends and acquaintances seem more interested in trading cute quips (“Want to get space on public transit? Pretend to have a conversation on your cellphone about how you just came home from Liberia!” LOL) and image captures from CNN and Fox News saying dumb things (“Is Ebola the ISIS of epidemics?”) than anything else.

I don’t really know how to emphasize how serious this situation is. Yes, there are a million causes and issues competing for people’s attention these days. But Ebola is an epidemic. Many, many people could die. Even more could suffer. In the extreme case, this could be the end of civilization as we know it. Some kind of action is called for.

I don’t have any medical expertise, otherwise I’d probably be offering to volunteer abroad. The most I have to offer is money and a very modest circle of influence. So be it, that will have to do. I’m not going to sit back and do nothing while this happens.

Doctors without Borders seem to be the non-profit organiztion who have been able to do the most to be able to respond to this situation (and they’ve generally gotten good reviews in the past as a no-nonsense humanitarian group responding to crises all over the world). For the next week, I will match dollar for dollar any contribution (of any amount) that anyone donates to this organization, up to a maximum of $2500 (total across all contributions). Just email me at wrlach@gmail.com with your donation and whether you’d like to remain anonymous.

At the end of this coming week (Sunday, October 19th), I’ll donate the matching funds to MSF and do up another blog post with the results and the names of the people who donated and consented to have their names published. The world needs to know that I’m not the only one that cares about this.