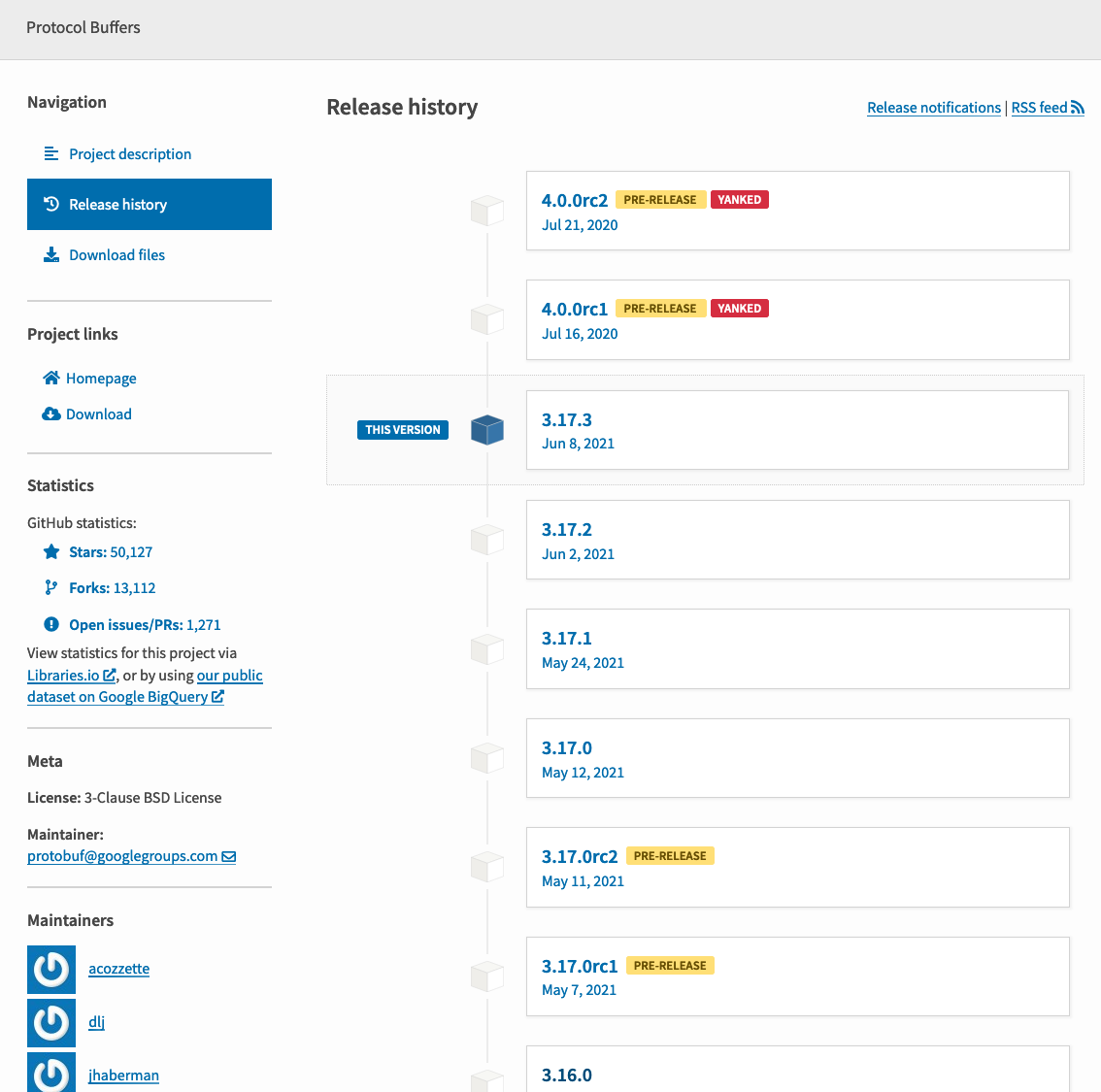 Went to PyData NYC a couple weeks ago, and figured I ought to write up my thoughts for the benefits of the others on my extended team. Why not publish as a blog post while I’m at it?

This is actually the first conference I’d been to in my capacity as a “data engineer” at Mozilla, a team I joined about a year and a half ago after specializing in the same area on the (now-defunct) a-team. I’ve felt a special affinity for the Python community, particularly its data science offshoots (pandas, numpy, and jupyter notebooks) so it was great to finally go to a conference that specializes in these topics.

As a side note, it was really satisfying to be able to tell Mozilla’s story about how we collect and use data without violating the privacy of our users. This is becoming more and more of an issue (especailly in Europe with the GPDR) and it really makes me happy that we have a really positive story to tell, not a bunch of dirty secrets that we need to hide.

In general I found the last two types of talks the most rewarding to go to: most of the work I do at Mozilla currently involves larger-scale data where, I’m sad to say, Python is usually not (currently) an applicable tool, at least not by itself (though maybe iodide will help change that! see below). And I don’t usually find a 60 minute talk really enough time for me to be able to properly absorb new mathematical or statistical concepts, though I can sometimes get little tidbits of information from them that come in handy later.

Some talks that made an impression on me:

Of course, this post wouldn’t be complete without a mention of Mike Droettboom’s talk on iodide, a project I’ve been spending some considerable cycles helping with over the last couple of quarters. I need to write some longer thoughts on iodide at some point in the near future, but in a nutshell it’s a scientific notebook environment where the computational kernel lives entirely inside the browser. It was well received and we had a great followup session afterwards with people interested in using it for various things. Being able to show a python environment in the browser which “just works”, with no installation or other steps makes a great tech demo. I’m really excited about the public launch of our server-based environment, which will hopefully be coming in the next couple of months.

So I went to PyCon 2015. While I didn’t leave quite as inspired as I did in 2014 (when I discovered iPython), it was a great experience and I learned a ton. Once again, I was incredibly impressed with the organization of the conference and the diversity and quality of the speakers.

Since Mozilla was nice enough to sponsor my attendance, I figured I should do another round up of notable talks that I went to.

Technical stuff that was directly relevant to what I work on:

I probably missed out on a bunch of interesting things. If you also went to PyCon, please feel free to add links to your favorite talks in the comments!

Just wanted to give some quick updates on mozregression, your favorite regression-finding tool for Firefox:

If you’re interested in contributing to Mozilla and are somewhat familiar with python, mozregression is a great place to start. The codebase is quite approachable and the impact will be high — as I’ve found out over the last few months, people all over the Mozilla organization (managers, developers, QA) use it in the course of their work and it saves tons of their time. A list of currently open bugs is here.

This year’s PyCon US (Python Conference) was in my city of residence (Montréal) so I took the opportunity to go and see what was up in the world of the language I use the most at Mozilla. It was pretty great!

The highlight for me was learning about the possibilities of ipython notebooks, an absolutely fantastic interactive tool for debugging python in a live browser-based environment. I’d heard about it before, but it wasn’t immediately apparent how it would really improve things — it seemed to be just a less convenient interface to the python console that required me to futz around with my web browser. Watching a few presentations on the topic made me realize how wrong I was. It’s already changed the way I do work with Eideticker data, for the better.

I think the basic premise is really quite simple: a better interface for typing in, experimenting with, and running python code. If you stop and think about it, the modern web interface supports a much richer vocabulary of interactive concepts that the console (or even text editors like emacs): there’s no reason we shouldn’t take advantage of it.

Here are the (IMO) killer features that make it worth using:

To learn more about how to use ipython notebooks for data analysis, I highly recommend Julie Evan’s talk Diving into Open Data with IPython Notebook & Pandas, which you can find on pyvideo.org.

I saw some other good talks at the conference, here are some of them:

Just a few quick notes on how to avoid a class of errors I’ve been seeing in Mozilla’s automation over the last year. Since python interprets code dynamically, it’s pretty easy for problems like undefined variables to slip through, especially if they’re in a codepath that isn’t frequently tested. The most recent example I found was in some cleanup-after-error code for remote mochitest/reftest, which tried to call “self.cleanup” from a standalone method.

We’re calling cleanup as if it were a class variable, but we’re not inside any class! It’s easy to see what will happen if you try to run some similar code from the python console:

However, because we’re in a blanket try…except, we will never see an error. The cleanup code will never be called, instead the exception is immediately caught and subsequently ignored. Probably not the end of the world in this case (there are other parts of our mobile automation which will perform the same cleanup later), but it’s easy to imagine where this would be a more serious problem.

There’s two very easy ways to help stop errors like this before they hit our code:

Ultimately there’s no substitute for actually thoroughly testing your code, no matter what language you’re using. But using the right techniques and tools can certainly make your life easier.