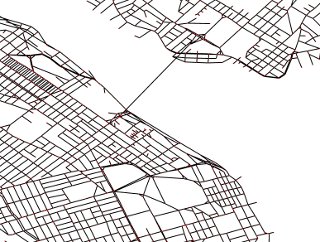 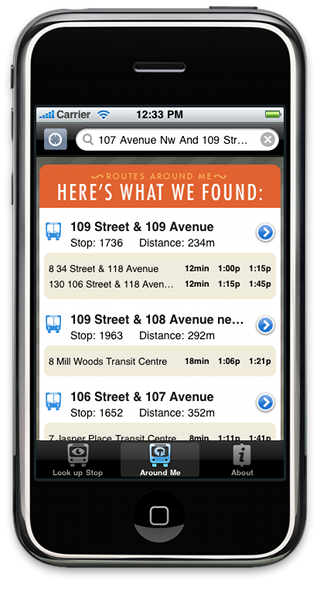 With yesterday’s work out of the way, there weren’t too many extra steps required before I got a basic version of Transit to Go running for Edmonton. There are definitely bugs and rough edges (the bus names could definitely be better described/formatted, and there’s some serious geocoder issues), but I think the heavy lifting is out of the way. I guess now would be a good time to open up an invitations to anyone in Edmonton with an iPhone to become part of our free private beta. We’d love to hear what you think! Just send an email to wrlach@gmail.com.