So as others have been posting about, we’ve been making some headway on our progress on the GoFaster project. Unfortunately it seems like we’re still some distance away from reaching our magic number of a 2 hour turnaround for each revision pushed. 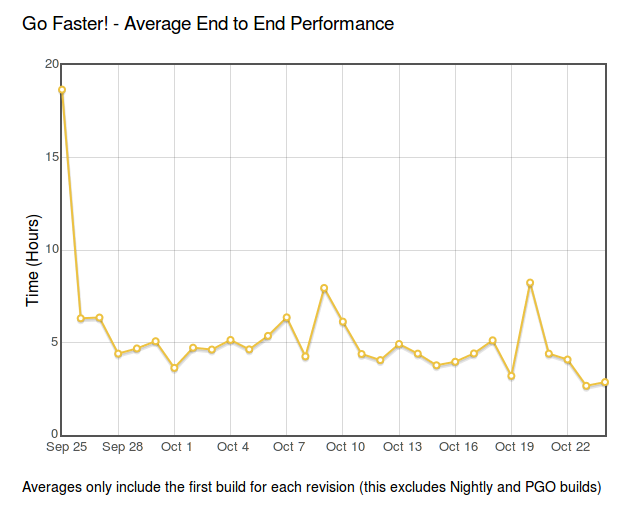 It’s a bit hard to see the exact number on the graph (someone should fix that), but we seem to teetering around an average of 3 hours at this point. Looking at our build charts, it seems like the critical path has shifted in many cases from Windows to MacOS X. Is there something we can do to close the gap there? Or is there a more general fix which would lead to substantial savings? If you have any thoughts, or would like to help out, we’re scheduled to have a short meeting tomorrow.

Anyone is welcome to join, but note that we’re practical, results-oriented people. Crazy ideas are fun, but we’re most interested in proposals that have measurable data behind them and can be implemented in reasonable amounts of time.

A bit quiet here for the last few months. What’s been happening?

In short, life has been treating me really well! More updates soon. 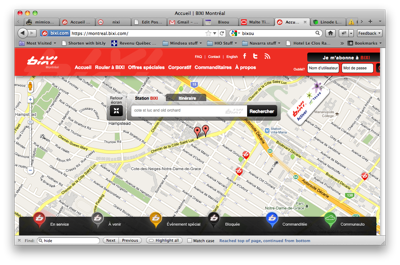 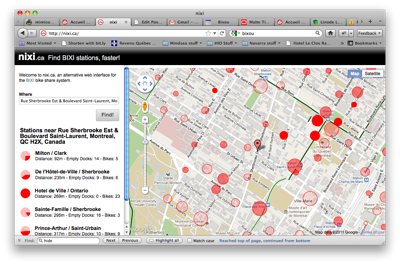 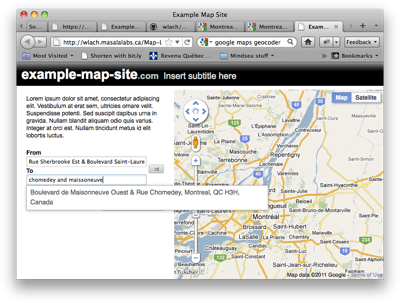 This weekend my girlfriend’s band (Rice & Barley) did a show at Casa del Popolo. It was great, you should have been there. I made some videos using my trusty new iPhone:

Rae Spoon, the headline act, was awesome. I recorded one of his songs, which he kindly gave permission to post:

Vidya (the other opening band) was good too, though I didn’t get a chance to record them. Next time! Ok, I’ll be the first to admit that the content on this blog has been rather nerd-heavy, somewhat breaking the promise I made when I first started it to have “approximately the same mix of personal, political and technical content” as my old livejournal. I’ve been meaning to correct that for a while, but as often happens, other things have taken priority.

Well, it’s time to make a stab at it.

I’ve noticed that a good numbers of searches on this blog have been for ginger tea and/or channa masala (chickpea curry). Must have something to do with this blog’s name. Unsurprisingly, these hits tend to have a high bounce rate (people coming to the site and immediately leaving, probably dissatisfied). Well, it’s about time these people get satisfaction with these wonderful, easy to follow recipes:

Saute onion, garlic, and chilis as usual, adding ginger at the same time as the garlic. Place the tomato in boiling water until you are easily able to remove the skin. Add salt, turmeric, tomato, and curry leaves, and cook for another minute. Add chick peas and cover with water. Cook for 15–20 minutes, until water is absorbed and chick peas are tender. Add garam masala, stir, and serve.

Put above ingredients into pot, at maximum heat. Bring to boil. Turn heat to low, let cook for 30 minutes or so. Consume. It’s the best medicine for a cold that i know.